a little more direction in the early game would be helpful

We got the pleasure of checking out the Alpha version of Sandbox Interactive’s new open world MMO RPG Albion Online, a fantasy based MMORPG that focuses heavily on crafting and PVP conflict. From what we already know the game players are able to craft pretty much every item within the game, including weapons, armour, items and even buildings. This last point is particularly useful as players are able to create or join a Guild and formed their own Guild towns which can be attacked and destroyed by rival Guilds, hence the focus on PVP and crafting as players will often have to rebuild their town after an assault if their defence was unsuccessful. 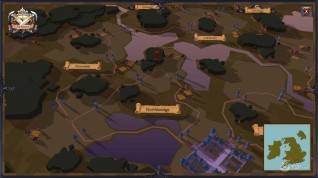 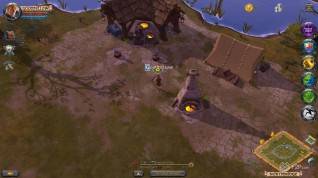 This was all endgame content which we didn’t get the chance to check out, for us our journey began in a village in nothing but our underpants, very heroic. Our first task was to gather stone and wood from resource nodes (pretty much any tree could be harvested to gain wood), in our underpants. From here we took our gathered resources to the crafting area, of which there are many that are dotted around the landscape as you travel around. Here we have the option of creating a basic sword and wooden shield, armour that filled up our head, body and footwear slots, as well as different tools needed for gathering resources.

To craft our armour we needed leather that was gained from skinning animals, the skin the animals we needed to create a skinning knife; there was a very Minecraft tiered form of construction that we noticed, though it made perfect sense. Once we made our tools, in our underpants, and killed some rabbits… in our underpants… we were able to craft our armour and go out adventuring! One of the key things with crafting is that when you create an item you get to choose different skills and abilities associated with it, including increasing your defences, increasing your attack power or speed, even special area attacks and heals. It truly is a game where you are what you wear, with no classes players are able to create their own hybrid templates as determined by the items they have equipped. 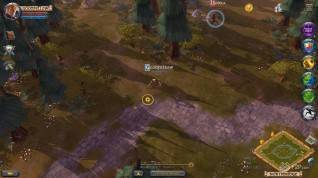 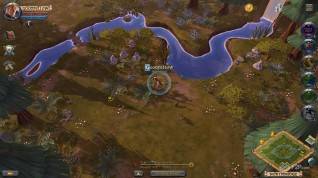 With no quests or tutorials to guide us where to go we simply open the map and headed to the nearest city, once there it was filled with a few more people running around checking the area out and crafting. They didn’t appear to be that much to do here, other than a bank and a large crafting area there was nothing else of interest and so we promptly moved on.

Off into the wilderness we went exploring, we could see on the map that there was what looked to be a Guild town… maybe… With nothing else to do we decided to make our way there, foolishly making the decision to take a shortcut through the forest instead of sticking to the roads. Our first sign that we should turn back was the skeleton, what we later realised was the decayed corpse of a fallen adventurer. Upon seeing the pack of wolves we went into MMO RPG mode and thought “Wolves are a low level trash mobs in newbie zones.” How wrong we were. As the three Wolves set upon us it to all of three seconds to realise we’d made a huge mistake. One second later we began to run. Two seconds later we were dead.

We resurrected at some location in the city with none of our items, all those rabbits had died from nothing. However as we saw the bones previously we knew that there was the potential for a corpse drop and maybe if we were lucky recovering our items. A quick backtrack through the wards following the stench of fear guided us to our corpse, already bones we were able to recover all of our items however two of them were now “trash” which we soon identified to be our sword (useful for fighting enemies) and our boots, which we’ve modified farming fast movement speed (useful for running away from enemies). Venturing onward towards the “Guild town” we stumbled upon some thieves who tried to attack us, so we ran but the speed that they can keep up was pretty much the same as we could run (both boots would have come in handy), but escaped we did… Only to run into a wild boar and get skewered like poor old Bobby Baratheon. Terrible. 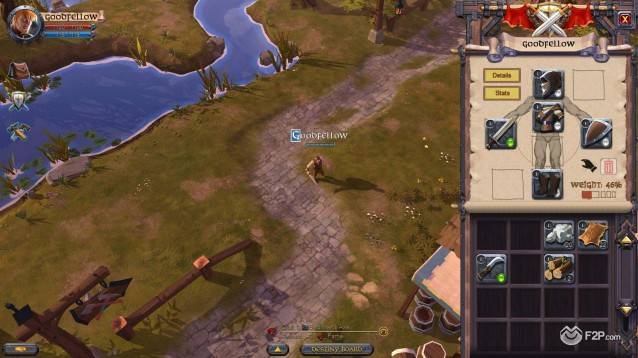 We never did reach the location of the town but in our travels we learned that grouping together is pretty important in this game, even seemingly low level creatures will quickly drop you if you are outnumbered and unequipped.

The graphics are extremely well done, for cross-platform game they’ve done a good job of making it accessible without having to dumb down the graphics and it has a nice feel to it and simple gameplay. Though still Alpha were hoping for little more content and direction in the early levels, something I think MMORPG players have become accustomed to as games have taken a stride away from the early sandbox MMOs such as Ultima Online. As we didn’t get to play any the endgame content and this is still Alpha our scoring is directly in response to that and should not reflect the score we may give the final published game.