Nexon America just released the second phase of Tempest, a four part update for its side-scrolling action MMORPG MapleStory. Luminous, the new playable character coming with this patch, is the most powerful of the five Hero characters and joyn the already available Aran, Freud, Percedes and Phantom. Luminous managed to seal the Black Mage, but during the battle, a sliver of the Mage's dark energy entered his body changing it forever. After overhuman efforts and with the help of Vieren and Laina, Luminous can now control both the Light and Darkness powers and use them to control the ones he loves and the rest of Maple World. 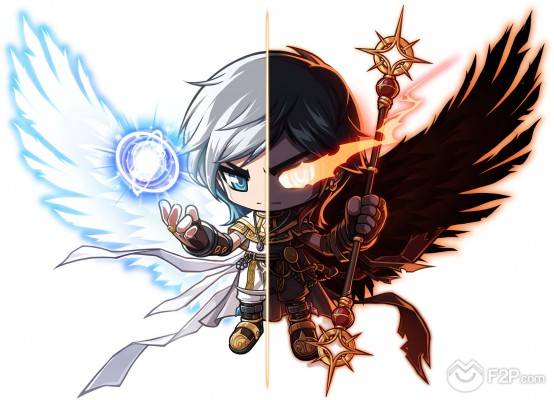 Besides Luminous, this update bring back into the game Happyville, the Christmas-themed city of MapleStory. Players can access the city talking with an NPC called  Rooney. Once they are in Happyville, they can find new quests, fight against a giant snowman, decorate a Christmas Tree and enjoy the Christmas Spirit with all their friends. Players who complete this new adventures and challenges will be rewarded with incredible prizes.