Prison is a miserable place, especially when mutant inmates are on the loose and thirsting for blood. ijji.com released the latest co-op mission in its Prison Break Series for Alliance of Valiant Arms. Players need fast reflexes and excellent teamwork to stay alive in an environment of death. 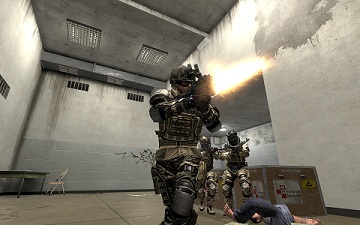 The new mission pits players in a cooperative battle against AI-controlled, chemically enhanced enemy prisoners of war in a locked prison facility. The objective is simple: survive as long as possible while mowing down waves of vicious brutes. A.V.A fans have access to a host of new weapons to aid them in their mission, including:

SA58 Para
A compact version of the FN FAL available for the Rifle Man Character Class.

P90 Harimau
A powered-up version of the P90 available for the Point Man Character Class, this weapon was designed by a member of A.V.As massive community of players.

CZ75
An automatic pistol available as a secondary weapon to all character classes, this sidearm was based on a real weapon used by soldiers in the Czech Republic.

To celebrate the Lockdown update and the imminent arrival of Halloween, ijji.com is offering special items for players, including spooky-themed items:

Desert Eagle and Hot Potato Grenade
Awarded from the EURO Jackpot Capsule, along with other prizes including up to 1 million Euros of in-game money or other rare items that cant be purchased in the A.V.A store.

Pumpkin Helmet
A carved pumpkin head that players can equip for battle.

Pumpkin Grenade
A grenade which leaves a spooky effect on enemies.