A few years ago, the Pay-to-play (subscription model) was considered the only acceptable business model for every big MMORPG production. Ultima Online, Everquest I and II, Ragnarok Online, World of Warcraft, Lineage 2 and every other decent game with a permanent world adopted this model without any complaints from any gaming community. It was just the regular thing; they offered you a service and it was normal to pay for it every month in order to play, just like the subscription to your favourite magazine.

There were, of course,  also free-to-play MMOs, but they were almost always labeled as low-quality copy-pasted Asian "grindfests". Sadly, most of the time this statement was true, and the market was full of this soulless poorly realized games imported from China and Korea, totally focused on grinding and lacking any noticeable feature. Therefore, maybe we could say that at that time the business model was also a status symbol, which seperated the worthy games from the ones played by people who didn't care about quality and who just wanted to play something without having to pay. The fun thing is that this "free"-to-play games often featured a cash shop which sold seriously imbalanced items and many players ended up spending a lot of money in order to be competitive (but this is a different subject and we'll talk about it another time).

Thinking about the situation pictured above, it was quite difficult at that time to imagine the modern MMOs world situation, where the F2P is quickly becoming the most common business model and P2P seems doomed to slowly die. But how did we get here? And what can we expect next?

Something obviously started to change. In my opinion, the main cause of this transformation can be found in the birth of a new generation of free-to-play MMORPGs. Titles like Runes of Magic and Allods Online featured a production value noticeable higher that the average free-to-play games from that period, but,  at the same time, it would have been quite hard for them to compete in the p2p market against heavyweight opponents like WoW, EQII etc. The choice to publish them as f2p with a cash shop was brave - considering that being f2p at that time was a synonymous of poor quality - but it was successful if you think that games like the ones mentioned above are still running and kicking. This triggered a mechanism where on one hand publishers had to start investing in better productions for their free-to-play offer in order to stay competitive, and on the other hand, for the first time players had some valid free-to-play games to choose as a real alternative to the big p2p names. In addition, this circumstance also opened the MMORPGs world to a whole new generation of young and casual players who now had a chance to try and play some good exponents of this genre without the commitment of a monthly subscription that may have been an obstacle before.

Another thing to keep in mind is the economic crisis of the last few years. I know, it can sound banal and obvious, but with the constant rising of the f2p titles' quality, when choosing a MMORPG to play, even for a long-term fan of the genre the idea of saving some bucks every month can be the decisive factor nowadays. 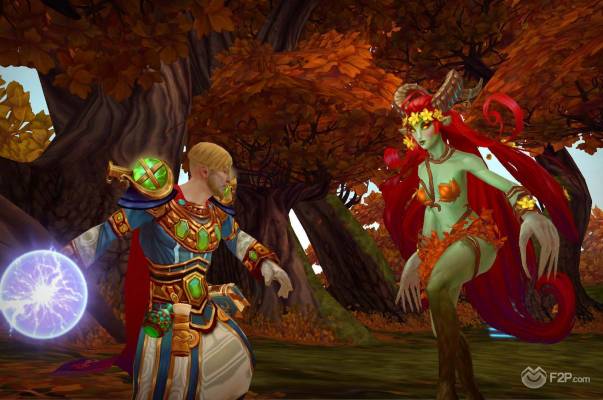 For these reasons, over the past years we saw the beginning of another new phenomenon: the switch to the free-to-play model. Some of the first titles I remember doing this big step were Dungeons & Dragons Online, Lord of the Rings Online and Champions Online. These games were originally published as p2p titles, but with time they were failing at maintaining an acceptable number of active subscriptions. Instead of simply shutting them down, the publishers opted for a new strategy: keep them running with a new business model: the free-to-play. These games suddenly lived a second youth and LOTRO is still considered by many players one of the best available free-to-play PvE MMORPGs. More and more good p2p MMORPGs that didn't manage to stay competitive in the market started switching to the f2p model with cash shop, many of them offering a hybrid model with an optional subscription/membership for players who wanted to keep paying monthly in order to have the full game without any restrictions and play just like before. Suddenly the quality factor in the distinction between f2p and p2p disappeared and players found themselves able to choose from a constantly expanding range of high-quality f2p titles. Because of this it became really hard for a MMORPG to survive in the p2p market, and this can be seen in the modern situation, where the p2p titles can almost be counted with the fingers of a hand. While the biggest and popular productions like WoW, EVE Online and even older and historically important MMORPGs like DAoC and Ultima Online still manage to keep the subscription model running, is gradually becoming almost impossible for a new MMORPG to compete with this giants and find a good place to settle in the p2p market that will allow it to stay alive. DC Universe Online, Aion, Lineage 2, TERA, Everquest I & II, Age of Conan and Fallen Earth are just some names of important and popular productions that decided to switch to the f2p model. Even Star Wars: The Old Republic, one of the most hyped and long-awaited MMORPGs of the last years, with a production cost estimated between $150 million and $200 million, managed to keep the p2p subscription model running for less than a year before switching to f2p. 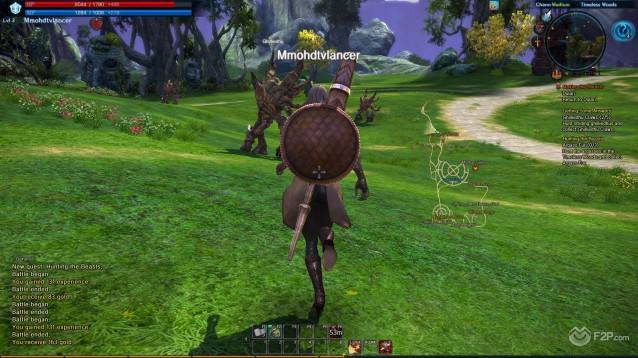 The MMORPGs market has never been so competitive and fierce as today. As a player I'm very happy about that, because this situation is forcing developers and publishers to improve the quality of their product and, at the same time, to stop thinking to their customers just as cow to milk with the less effort possible. Players are now pickier than ever and very moody too, and have a lot of choices available with just few clicks. Companies like Riot Games showed everyone that is possible to have a HUGE success being honest and correct with their players and without being greedy at all. Their League of Legends is right now one of the most played online games and one of the most followed e-sport in the world. Obviously the game is extremely good, but part of its success is due its totally fair in-game shop - which provide just small time-saving items and cosmetic skins - and their relationship with the community (they banned 2 very famous professional players and excluded them from competitive events for some time for bad behavior during regular games). 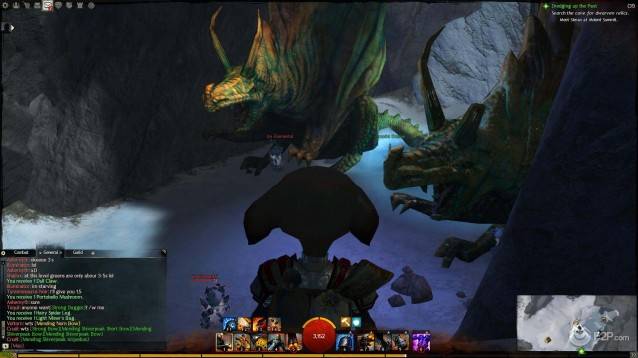 Guild Wars 2 is another title that is worth mentioning and that maybe started changing something. The game was so hyped and so good that NCsoft could easily have published it with the p2p model in order to make a lot more money. But they decided to keep the payment method originally used for GW (which wasn't exactly a MMORPG, being totally instanced): the buy-to-play. You pay one time for the game and then you can play forever, just like a regular single-player game for PC or console. This was the first time that this business model has been applied to a real MMORPG, and a really big one too! I have to specify that the game features a gems (cash) shop too, where you can buy time-savers and cosmetic items with real money, but I've personally played the game and I can assure you that you don't have to spend a single cent and you don't have any restriction on game's content. Recently The Secret World, a big Funcom production, has abandoned the p2p model, but instead of going totally f2p as usual, it opted for a b2p model without restrictions and an optional membership which gives boosts and monthly credits and discounts for the cosmetic cash shop. 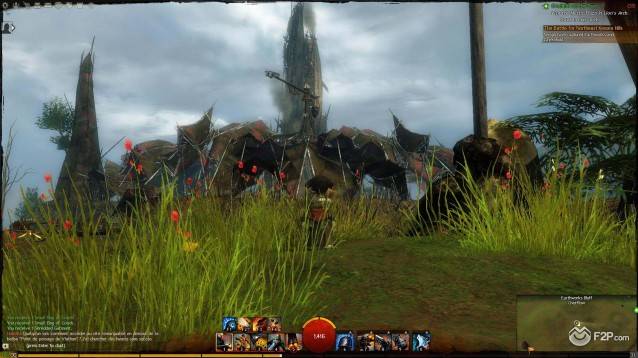 It's really hard to say right now if the p2p model is going to disappear in the future. Surely, the safest way right now for the publisher of a new MMORPG is the f2p model. You have high accessibility, everyone can try your game and if you are not so greedy and actually listen to your game's community, you have the possibility to attract a good pool of loyal players and be successful. For the bigger productions I'd say that they should follow the lead of Guild Wars 2. I'd like to see the b2p model becoming popular in the MMORPG world, even with a - absolutely optional- in-game shop with time savers and cosmetic items or with an optional membership like the one in TSW. I find it fair on both players and developers/publishers, and even if I know that there are constant maintaining costs for servers/bug fixing ,etc. I think that if your game is good enough, you can make it work.

I think we will see the p2p model survive for a while, at least on the biggest names like WoW or EVE Online, until they decide that isn't actually worth it anymore. And still, there are games like ArcheAge, which is confident and brave enough to confirm the p2p model for the Western market too. I personally don't mind paying for a game if it's really good, but the fact is, with all the good free games out there, it has to be a masterpiece in order to win the competition and earn the key to my heart - and to my wallet.