We met up with NCSoft at Gamescom and got to check out what’s new with their fantasy meets SciFi style MMORPG WildStar, whilst there were a few changes in play the team were very focused on showing us the new direction the game is taking in preparation for going free to play and the many avenues in which they hope to make the game more fun, accessible and appealing to new players.

Touching on the F2P model first of all we’ll see exactly that, players can download an access the game for free and play as they wish, the game will retain the CREDD system but it will be used more as a premium currency so we gather than being reliant on buying game time; a big thumbs up and probably the easiest way to retain players and acquire new ones if you ask us.

The new player experience has fundamentally changed, starting out with character creation there are now videos for each class and path to give players a better idea just exactly what it is they can do, whilst the path system isn’t overly complex it is a little new and so a little extra hand holding is only a good thing at this stage. To further show off the simplistic approach the developers have changed up how stats work, going for more traditional and basic sounding stats to make transition into the game easier instead of players wondering what the hell “Moxie” is, again it is all an approach to make things more easily digestible.

We did get the chance to check out the new tutorial mode that has been implemented, previously players joining the game would jump into the tutorial area, the Arkship, and would play through a few levels doing some basic quests until they finally made their way down to the planet Nexus. Now when players login for the first time they get to choose their MMORPG experience level; Novice, Intermediate or Advanced. Choosing Intermediate will put players into the Arkship tutorial area as normal, whereas Advanced will skip this area altogether and putting them at level three and down on the surface. For those players completely unfamiliar with MMORPGs or maybe gaming in general, the Novice mode which we tried out takes you into a VR simulation type environment and guides you around showing you the basics of the controls and interacting with NPCs and the environment; all in all it really seems like they have their bases covered. 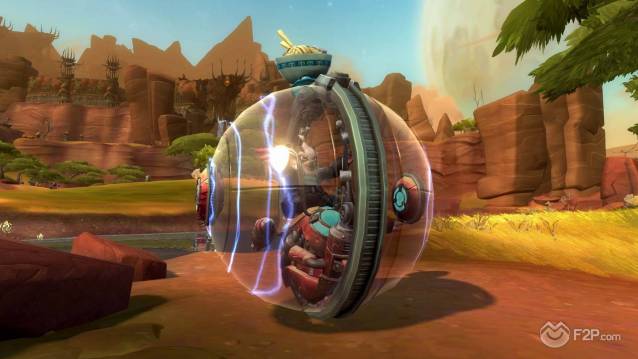 A lot of the changes implemented have come directly from the player feedback, something we have to say that the devs of WildStar seem to do extremely well, even back at the initial beta pre-game launch. This smoother transition for new players is continued with a solo instance known as the Alpha Sanctum, a dungeon area coming in a lot earlier than normal and can be accessed at level 15 to give players an earlier taster of what dungeon runs are all about. The game will also see a new PVP arena known as the Cryo-Plex, a frozen area that will add a lot of verticality to combat, lots of line of sight and cover mechanics that should offer a really strategic battle.

The closed beta for the new free to play design has just kicked off on the 11th of August, and interested player can sign up through the PLAY button below. In order to find out more about this game, feel free to consult our profile by activating the INFO button below.