During the presentation with SOE for EverQuest Next we were also given more information on the recently unveiled EverQuest Next Landmark. Whilst on the surface Landmark looks simply like a world building tool that attaches to EverQuest Next, it is being marketed as its own unique game that will simply work in tandem with EQN, with both titles offering a completely different type of gameplay.

The creation of Landmark came about with the redesign of EQ Next’s voxel based world design, with new tools created to manipulate thesevoxels, SOE decided to put these tools along with assets and concept art into the hands of the players to give them a chance to physically build parts of EverQuest Next. The depth of the tools hasn’t been released yet, but one such tool is an adjustable voxel brush for detail work where you can smooth and deform vertices in real time to create the shapes you want within the terrain and stonework. 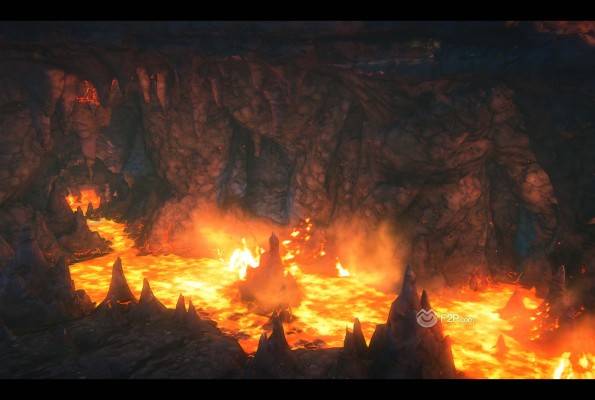 Landmark is, essentially, a Minecraft type world building game where persistent worlds are procedurally generated and making each one unique. Players can join these worlds in the thousands (though the final number is still being discussed) and stake out their own private plots of land to create huge buildings and environments, can have multiple claims or players can even link multiple plots together and co-op build to create even more adventurous creations such as towns and cities with their friends and guilds. A nifty feature to the game is a time lapse recording tool that you can take of your building project and then upload in a video format so others can see how the project progressed. 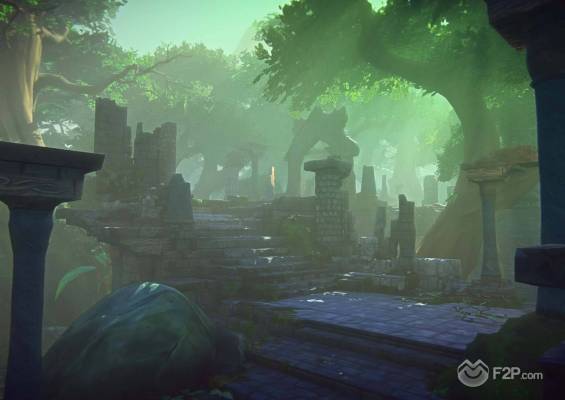 The worlds themselves are open for anyone to explore, though there is already discussion about the idea of private servers as seen in the likes of Minecraft, however they do like the idea of it being more social so players can watch a world evolve. When asked about the idea of offshoot communities forming on these servers, such as RP communities choosing to build their own worlds instead of playing the actual game, Dave Georgeson, Director of Development at SOE, simply smiled and said “They’re different games and will offer different things to different players, some might never set foot in EverQuest Next and always stay in Landmark and that’s okay with us, as long as people are happy playing one of them then we’re happy”. 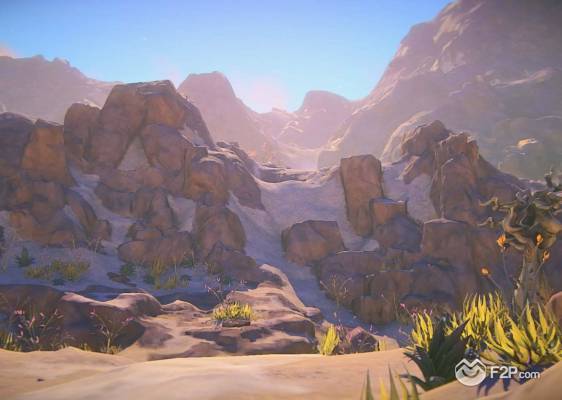 Landmark will also host a leader board feature that tracks “build outs” where creators can tag them so that they can be easily found by the community (e.g. tagging a build with “castle”, “ogre den”, “fire pit” and the like) and quickly filtered.  Also, players are actually able to trade and sell their creations at the markets known as Landmarks, large impressive locations within the world that can act as social hubs and meeting points and contain wizard spires for teleporting between worlds. As well as their Landmark build outs, players will once more have access to the Player Studio where players can also create items and assets, such as armor, weapons, etc. and sell them to other players for real cash and get a shared piece of the revenue. Players can filter and follow specific creators to see when they add something new to their store.

Landmark contains a number of MMO-centric features, even from character creation where you start as the “Adventurer” class (that once you get high enough actually ports over to your EverQuest Next account to be taken up as an unlocked multi-class skill). Travel across the land on various available mounts, seek out new resources, upgrade your building tools through crafting tables that you can create on your own, build improved tables with a group or seek out legendary crafting tables hidden away in the world.

Finally if making a huge build out for fun or profit just isn’t enough then players have access to the dedicated Norrathian continents, here the locations are true to the EverQuest Next world and the art and environment is enforced in these locations. Here players can build on the areas and the community is able to vote on the builds they love, and if you’re lucky enough your own creations may be imported into the actual EverQuest Next game itself. Quite a legacy!