We were given the chance to sit down for a behind closed doors presentation of the two EverQuest titles in production; EverQuest Next and EverQuest Next Landmark, presented to us by Director of Development at SOE Dave Georgeson. Whilst much of the presentation was pretty much what had been shown at SOE Live it was interesting to sit in and speak to Georgeson first hand and pose a few questions ourselves. 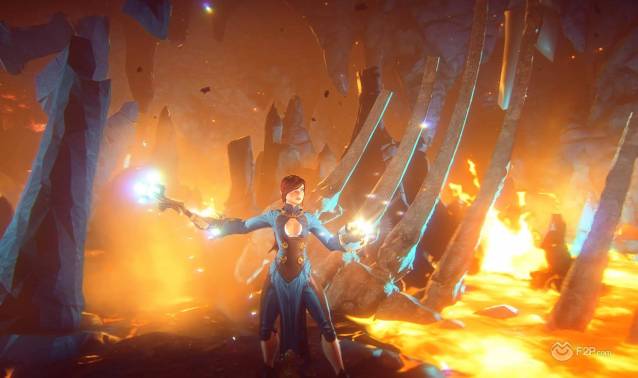 The presentation opened with the general statement that they wanted to create the next generation in MMORPGs, or at least try to redefine the genre that is already growing pretty stagnant with the same tired ideas being rehashed. Georgeson gives credit to EverQuest for the current model of MMORPGs, and whilst it was not the first MMORPG on the market, it is fair to say his statement isn’t exactly off the mark and many MMORPGs do take their lead from what EQ started. Now they’re trying to change up the genre again. 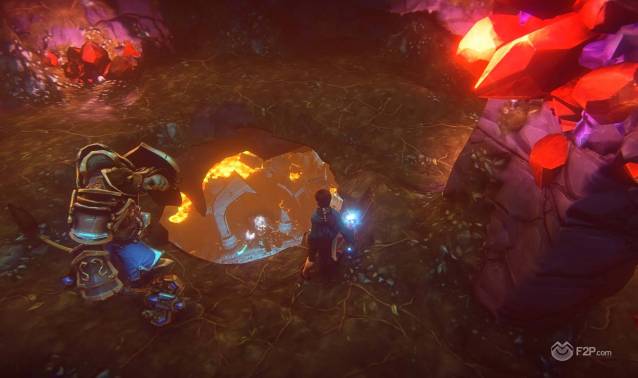 We took a look a look at the franchise itself and the EverQuest legacy that has been created. It is a title, from EQ1, EQ2 and now onto EQ Next (and EQ Next Landmarks) that is steeped in lore and has a long detailed history. With each re-incarnation of a new title the world of Norrath is put into this multi-verse, where each world acts as its own though shares common similarities with its predecessor games’ worlds. With this new incarnation it means some changes; new environments and playable races including the cat like Kerran but also a revamp of Ogres who originally were the dumb brutish types, they have been changed into more intelligent and militaristic opponents. With these new changes to the world the game is being supported by new novels that will support and explain how this new iteration of Norrath has evolved. 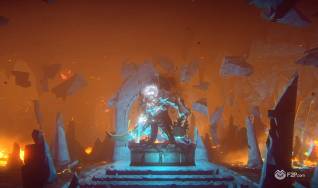 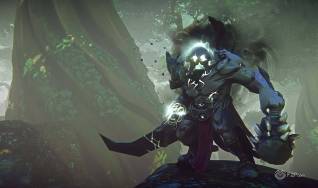 The appearances of the races, particularly the humanoid ones, are very stylized with larger mouths and eyes to give more expression to faces when performing emotes. The SOE Emote feature is going to be supported by EverQuest Next, where players can point their webcam at their faces and physically perform a smile, laugh, scowl and more and it is instantly performed by your character in game.

One of the fundamental changes that SOE are looking to make is the idea that each player shouldn’t have to build a brand new character each time they want to try out a new class, and so have offered up multi-classing. From launch players can choose from one of eight available classes, but there are more to be discovered and unlocked through the game by exploring, questing and talking to NPCs to pick up the extra classes. What this means is that players can combine skills and abilities from their unlocked classes and make things such as a backstabbing rogue-wizard or a ranger that can teleport! Combined with this is locking specific weapons to certain classes, and by switching between these weapons they unlock new abilities, making a weapon more than a DPS dealer. 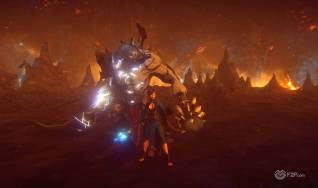 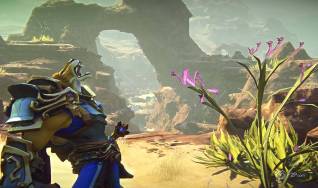 The world environment has had a complete overall, firstly the use of the new Forgelight Engine as demonstrated in SOEs other title, Planetside 2, means a new level of atmospheric detail added to the game; misty swamps, dust motes floating in sun rays and impressive day and night cycles. As well as changing the colour of the land depending on whether it is day or night, and visible changes such as stretched out and moving shadows as the sun progresses over time through the sky, the team are planning to tie in game cues to these time changes. Areas that may be perfectly safe during the day will become dangerous hotspots at night, for some creatures may only appear during daylight or after sunset, also within towns shopkeepers will actually close up their shops and go to bed at night. 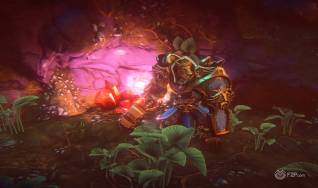 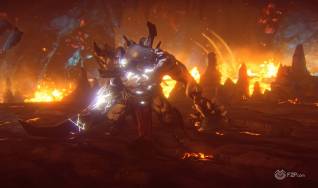 However, the major environment overhaul that EverQuest Next will introduce is from the very building blocks of the game itself, using sophisticated “voxels” to make up the game world. These tiny components that make up the objects and assets in the world are completely destructible, from Georgeson’s mouth he said they have made “everything in the world destructible; anything, anytime, anywhere..” From this we were given a demonstration of a wizard player being attacked by two enemies, the wizard casts a crystal wall spell that blocks the enemies from approaching, but they are able to attack the wall until it is destroyed. As they push through the wizard performs a fire attack on a bridge as the enemies begin to cross, destroying it completely and the enemies fall to their deaths. 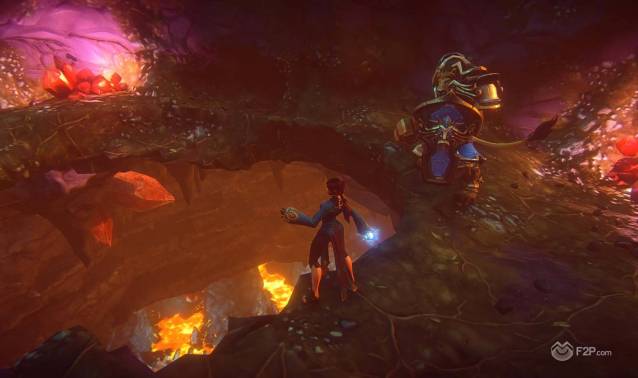 The use of destructible terrain is primarily a tactical one, using your environment to your advantage, or your enemy using it against you. Assets destroyed by players will heal slowly over time and return to their original state, but it takes long enough that another player might come into an area and that same bridge still be gone to them. Monster destruction is situational and doesn’t necessarily heal without the direct influence of a player e.g. a dragon destroying a keeps wall may stay destroyed until other players chooses to help rebuild it.

Whilst this may seem like it could be demanding on your computer system, Georgeson insists that they are trying to avoid instancing as much as possible and they plan to use it sparingly, saving it more for scenario like encounters that are more scripted to the player.

The presentation went on to talk about a life of consequences, how a players’ actions can have beneficial reactions and also dire consequences. From as small as treating an NPC badly may result in those other NPCs associated with him treating you with disdain, to much larger effects called “Emergent AI”. Here an example was given of an orc camp, where in traditional MMORPGs a camp spawns in the same location all the time. In EverQuest Next the same orc camp will be placed in the world, but the orcs will roam free. With their own likes and dislikes the camp will set up in an area that suits them, one where they can settle near roads to attack travellers and away from cities and guards. However, if guards begin to appear in the area, or players begin to constantly attack the camp, they will move on to somewhere else. Whilst you may have successfully made that portion of the road safe, the orcs may have moved on and found a nearby unprotected village and begun to attack it, and thus giving some consequence to your actions.

This same feature is also seen in the “Rallying Calls” system, a server wide event that can take from two to three months to complete that puts out a quest to all the players on the server. During the on-going campaign the players will have to take action and make a number of choices and perform side quests, for example helping to settle a new town in the frontier players could choose to help build fortifications or push back the dangerous inhabitants. Maybe by pushing the inhabitants back too far you will spark a goblin horde who suddenly rises to level the town, from this action the NPCs then demand a stone wall to be built and so you can help build a quarry… but then they dig too far and release creatures from beneath the surface which you now have to fight back. The Rallying Call continues until it is completed, different Calls put out at different times on individual servers with different triggers initiating them. A Rallying Call will be a unique event that only happens once, but will change the face of the game world forever, from the example above creating a new city where one previously never stood. Those who join the game later can only listen on as the veterans tell their story of the rise of the Goblin Horde or the terror of the Black Dragon!