This is an exclusive interview we were able to made to Hak Kyu Kim, Chief Producer for Granado Espada about the new upcoming expansion, Bristia.

QUESTION: First of all, thank you for giving us the possibility to interview you about Granado Espada and its upcoming expansion: Bristia. Would you be so kind to introduce yourself to our readers?

Hi, I'm Hak Kyu Kim, Chief Producer for Granado Espada. Thanks for having me. 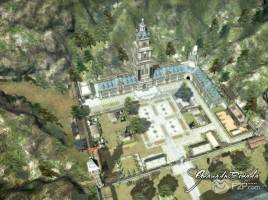 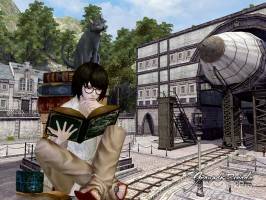 QUESTION: How would you describe Granado Espada to someone who has never heard of it before?

Granado Espada is an MMORPG about pioneering new continents based during Europe's Age of Exploration period between 1500 and 1700.

The storylines are very immersive with each playable character having a deep background. Each character's history plays a large part to the overall story arc giving reasoning for each of their combat styles. There are over 100 of these characters to recruit and add to your party. 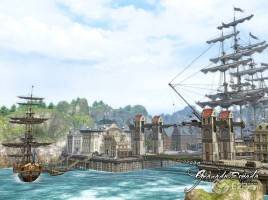 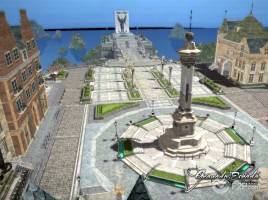 QUESTION: Will Bristia expand the game's story? Can you tell us something on the new storyline?

Bristia is a nation that exerts a strong influence on Granado Espada`s world view. Since the new continent (Granado Espada) had been discovered, a Three Years War broke out between Bristia and Vespanola, (the Old World.) Bristia was defeated in the war and had become a colony of Vespanola. The people of Bristia branded their freedom fighter, Czerny Kielce a traitor for abruptly waiving the white flag to Vespanola to be later appointed Governor by its once fierce foes.

The Bristia Update takes place ten years after the war. The son of Czerny Kielce, Caisse Kielce, had grown tired of having his family tagged as a traitor. In this next chapter of Bristia he finally breaks down and begins to find a way to restore honor back to his family by devising a plan to give Bristia its independence back from the Vespanolans. 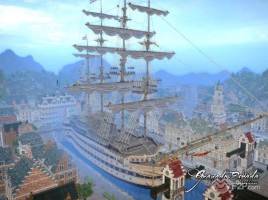 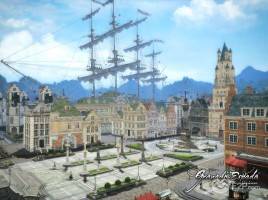 QUESTION: We know there will be new characters available with this update, tell us something about them, their stories and their playstyles.

There will be eight new characters but just to name a few, we have:

Barrol:
A retired veteran from the Three-Year-War, Barrol is a dual pistol wielding alcoholic. As he engages in combat, the more drinks he consumes, the greater the damage he deals.

Marchetti is a boy genius who received his Doctorate's Degree in while still a teenager. He plays an important role in the Bristia story arc.
He uses magic that is installed on the ground and delivers constant barrages to enemies through his unique item ‘Cube’.
He carries a mystical cube that unleashes a barrage of lightening energy into the ground, shocking his enemies from the ground up.

Heiran:
Heiran, an undercover agent in the Central Intelligence Agency of Bristia received an order from Caisse Kielce to carry out a highly confidential operation at the ‘Red Hat’ located in the Port of Kielce.
Her mission is to gather an army to fight for the underground Bristian Liberation Army and to attack when the time is right. She overcomes a handicap of Rifle ATK through hurling daggers using both hands.

JD:
The old friend of Caisse Kielce and a member of Bloody Navy, JD's ‘Royal Guard’ stance has powerful ATK making it possible to use up to six weapons at the same. 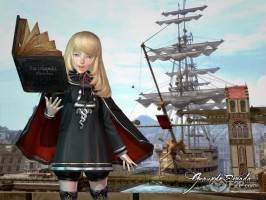 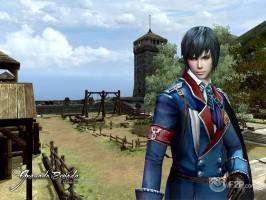 QUESTION: What other new features will be added to the game with Bristia?

We've eliminated the enchanting system and added in Artifact items. They have strong powers and In order to obtain the items, quests have to be completed or the components of the item have to be collected. We feel this type of game play makes it much more fun for the players, giving them a greater sense of accomplishment for carrying the quests.

QUESTION: Will the expansion be free? There will be special content available for purchase in the game-shop?

The update will be entirely free! The game has been free since its original inception and although we're adding these dramatic updates, we want to keep our dedicated players happy while attracting new ones. It's the players that have kept this game alive for so long, so we're never going to do anything that would be unattractive to them.

The primary makeup of the cash shop will include vanity and time saving items. Otherwise, the game will be free forever! 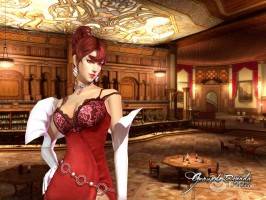 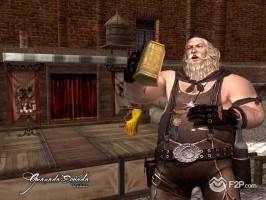 QUESTION: Do you think this new expansion will attract new and returning players? Why?

As for new users, we've modified the game a bit to make it easier for them to jump in the game without spending tireless hours leveling up. One thing we did was make powerful weapons that were mostly found in raids, attainable by hunting in low level fields.

The level of difficulty of high level quests and sub-quests has been modified as well for the sake of just enjoying each scenario of the game. New and returning users are now going to be able to enjoy gaming in previous chapters of Granado Espada, now faster than ever before.

QUESTION: The game has been released for the first time in the far 2006. Will Bristia introduce some truly unique features that will help it to compete with modern MMORPGs and distinguish it from the mass?

The greatest attribute to Granado Espada is its characters. From the multi character control to each character's contribution to the overall story arc; the game is very character driven.
Granado Espada separates itself from other action MMORPGs by offering a game that melds every popular aspect in an MMO. From an epic story to its action and strategy orientation, each new character we introduce breathes new life into every aspect of each sub-genre of this MMOPRG!

QUESTION: Can you tell us something about the future plans for the game? What can we expect from Granado Espada after Bristia?

The Bristia Update can be thought of as being split up into two seasons. We are already preparing to develop the next update (season 2) called ‘Armonia: Memento Mori’. The story arc focuses on a religious sector state that tries to practice its old customs in a technically advanced world.

QUESTION: Send a message to all the fans of Granado Espada and to players who could be interested in trying the game.

Even in the same mission, you can get every different enjoyment by composing plenty of characters. Try to make your own unique MCCs to have pleasant experiences during your play.

We are 100 percent committed to ensuring Granado Espada will provide an intensely fun and immersive user experience for a long time to come. We sincerely are looking forward to your support. Thank you!