Exclusive at Gamescom 2013: The Mighty Quest for Epic Loot

Last week at Gamescom, we attended a private presentation of The Mighty Quest For Epic Loot, the tower defense & dungeon crawler game by Ubisoft which mixes dungeon building with cartoon style graphics.

The game is broken down into neighborhoods where you have your castle to tweak and improve to prevent enemy players from getting your treasure. Nevertheless you can raid your neighbors’ castles, too.  There are 3 characters: archer, knight and mage, but since everything is account-widely shared you can get to play with all three depending on what you need for each castle.

To defend your castle, you can set up traps, monsters and other defenses, which you can test as if you were an invader. Building up your castle is quite fun. You can add modules, rooms, and depending on your imagination you could even create a very complex maze to prevent enemies from stealing your treasure. However, when your castle gets looted it enters in a shielded state, so you don’t get completely robbed while you’re away from your computer.

All the game revolves around competition and community. You can sack stuff from somebody who just raided by pressing a Revenge button, leave comments on your successful raids and rate castle defenses or add friends so you can check what happened to them lately. 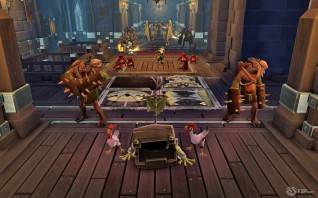 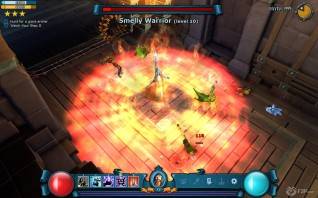 The characters are customizable as you would expect from any other RPG: gear, weapons, potions and much more are the usual stuff you get from raiding other players' castles. With this stuff you can improve your character so you can move on and face bigger challenges.