SilentFuture has just unveiled some new feature for Earthrise: First Impact, the resurrected version of the sandbox MMORPG Earthrise which will be officially launched in late 2013. Let's give a look at the new features: 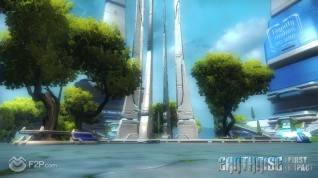 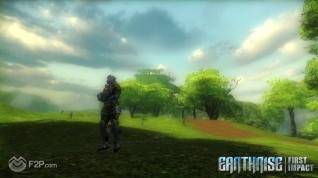 - Dynamic Faction System:
You can choose from eight playable factions. Status and sympathies will be greatly influenced by the missions you have selected and the players’ behavior. So be careful: today’s friends could be tomorrow’s enemies.

- Open World PvP:
Explore an area of over 250km² and discover new locations that no one has ever visited before. A battle can flare up anytime and anywhere fueled by greed, revenge or glory.

- Free Skill System:
You are free to choose which skills you want to increase with no restrictions imposed, and can therefore define your own class.

- Teamplay:
Rise to the challenges with your friends and fight alongside them. You can combine your various skills to complement each other perfectly.

- Modding:
Modify your weapon to get the most out of it. Change the type of damage or improve weapon quality; a large range of modifications is available.

- Friendly Fire:
Always ensure you have enough cover during combat; the bullets of your friends may also prove deadly!

- Territorial Control:
Conquer outposts throughout the entire world with your friends, and build and expand bases to earn bonuses.

- Punishment System / Karma:
You can break the law or betray your allies, but remember: hardly anyone likes a criminal; not even the criminals themselves!

- Loot System:
Not only the body, but also items can be restored after death. However, not all the items will make the restoration process and your enemies may be only too grateful to acquire the things you drop.

- Dynamic Missions:
Besides chain quests, Earthrise: First Impact contains dynamic missions that you and your friends can carry out and which can be accessed at special terminals.

- Epic Story:
Plunge headlong into the game and follow the story to find out what really happened and what is in store for you. 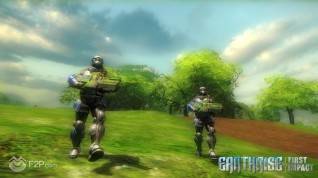 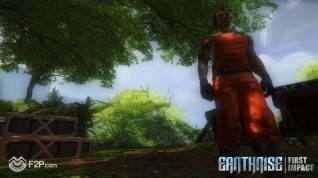