Details on the Mythos quest system

The Mythos quest system lets players play a part in the story. The many diverse quests can be carried out either by plucky lone adventurers, or in groups of up to five players. There are rewards to be had in the form of abundant experience points, or special items which will also enable faster levelling.

For those for whom experience points or valuable armour and weapon components arent enough, they ought to keep an eye on the numerous factions in the game. This is where the player can take on special tasks in order to raise their reputation within a faction. Once the player has achieved a certain level, they then gain access to special merchants who can offer them a range of exclusive and powerful items. 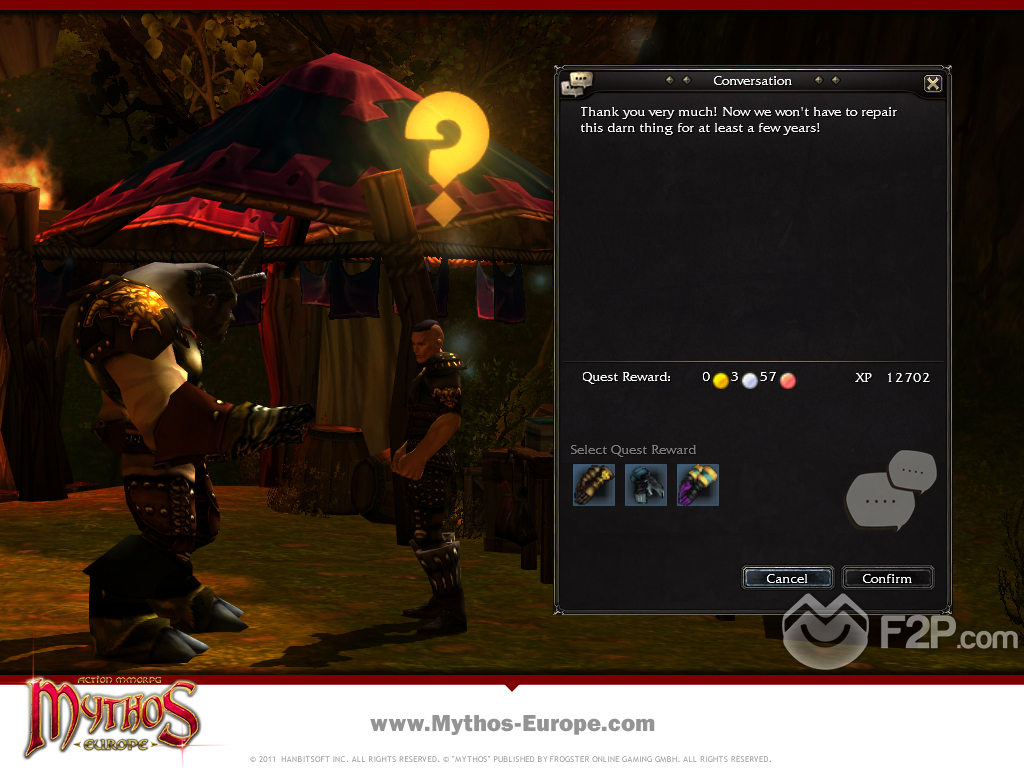 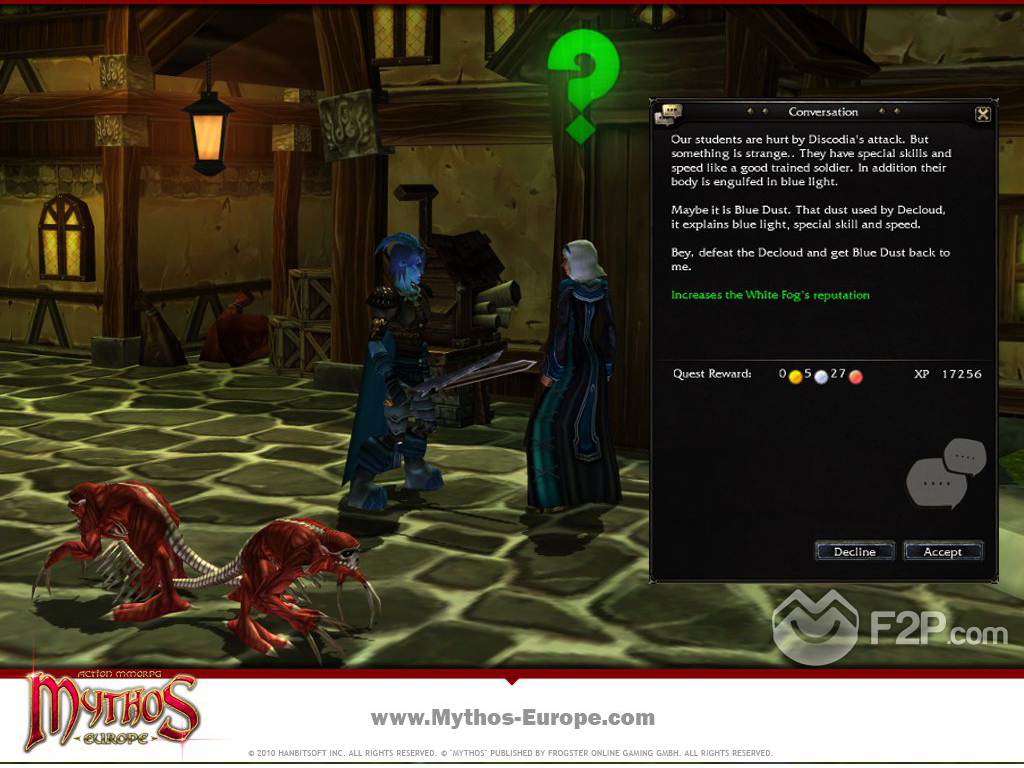 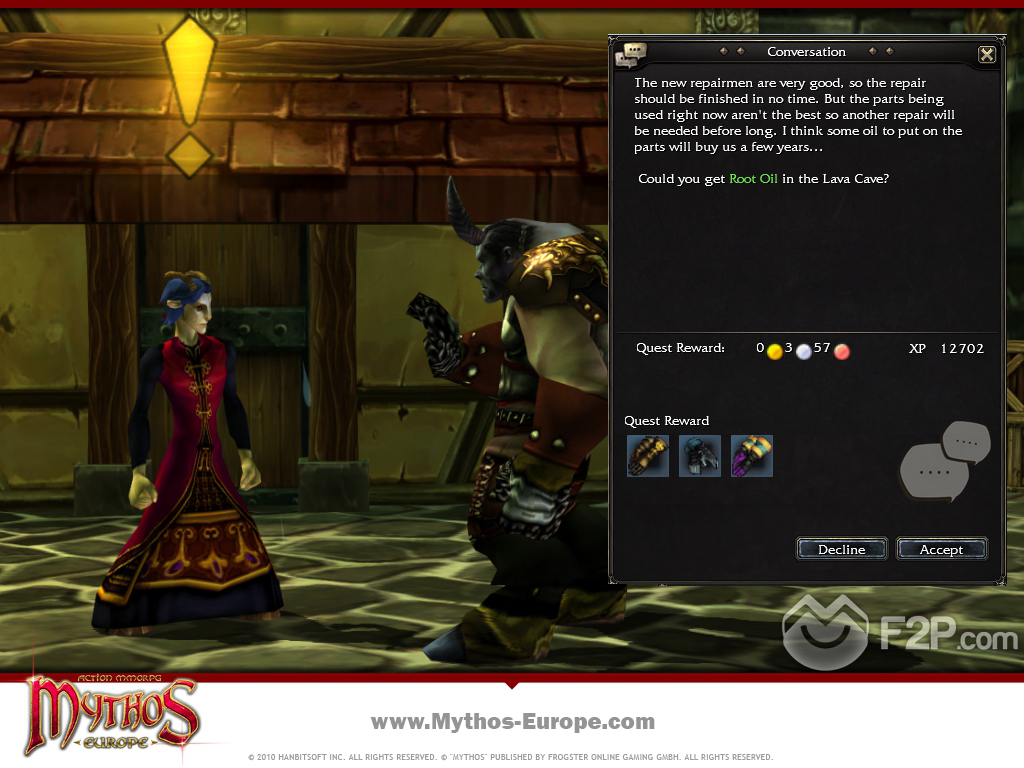 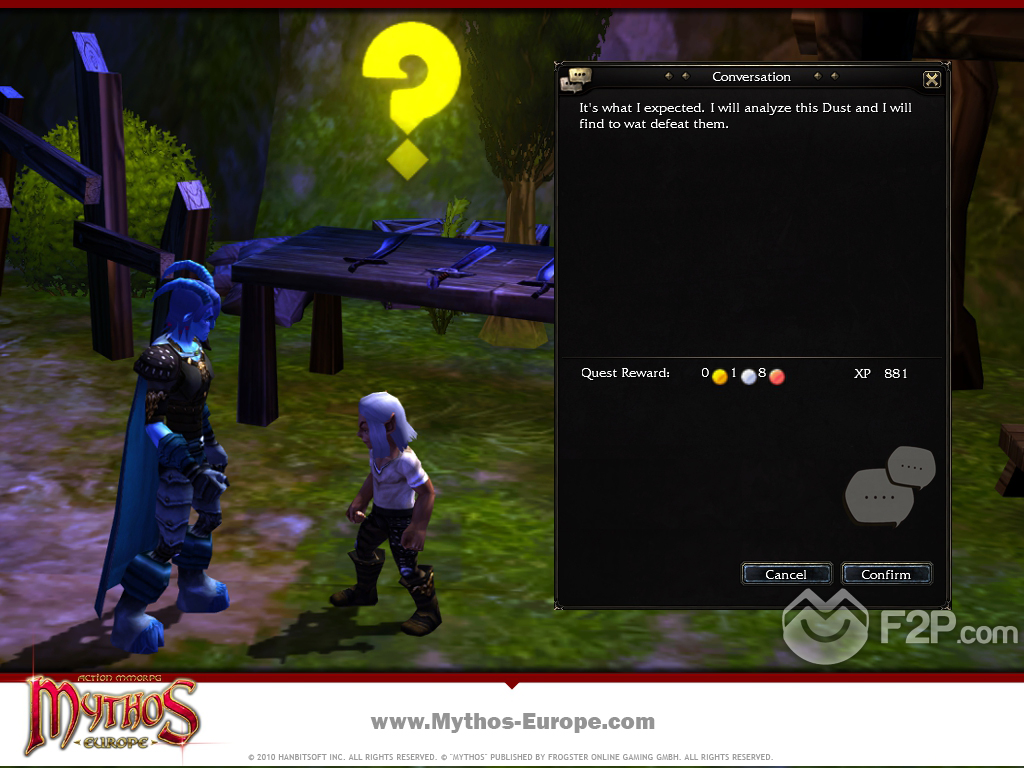 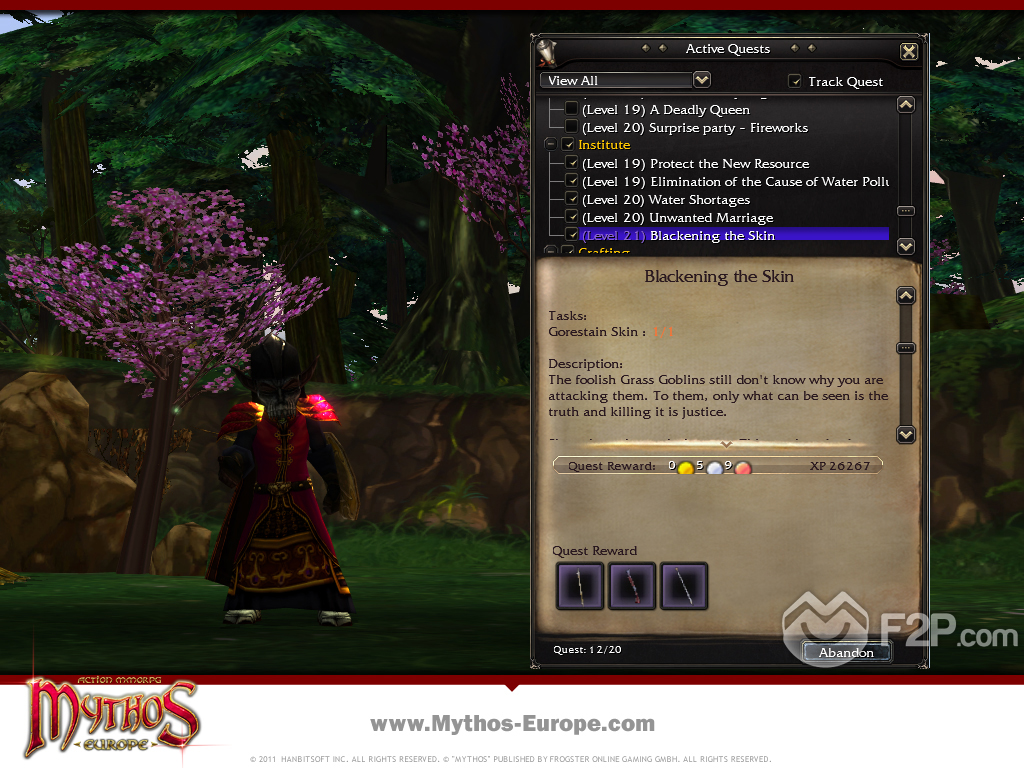 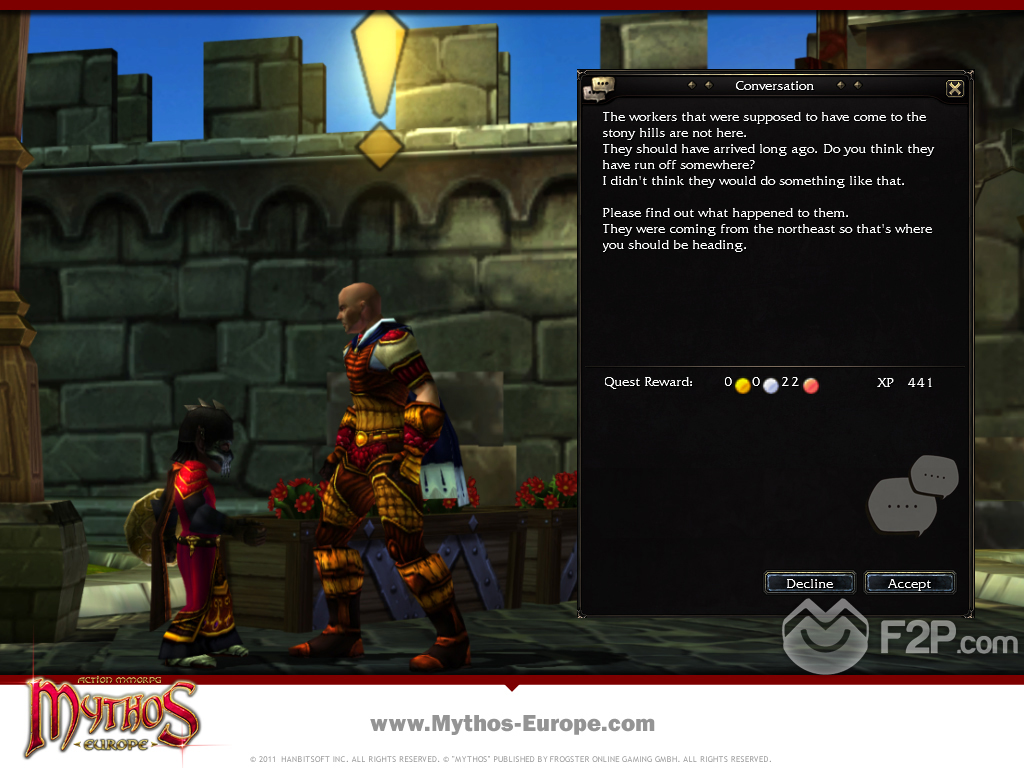 To fulfil the quests players can enter gloomy dungeons to teach monsters the meaning of fear, or travel the fantasy laden world of Uld to search for raw materials. On their travels players can also complete errands, save NPCs or use special abilities to dispatch nasty boss monsters. Since manufacturing items is also a component of many quests, products from the virtual blacksmiths hammer can be crafted from either gathered or looted raw materials. Successfully completed quests will earn adventurers some useful rewards and also valuable objects handed over by the grateful NPC population. Through the experience points they receive at the same time, players not only increase the value of their inventory, and also move on more quickly to the next level.