Final Fantasy XIV is a quite particular MMORPG which is mainly known for its unique and troubled history. Developed by Square Enix, the game is the second attempt to bring the extremely popular Final Fantasy franchise online - the first one being FFXI - and was originally launched in September 2010. The game was bad and deeply flawed in almost every aspect: from the extremely heavy graphic engine to the clunky controls, user interface, quest system and in-game content. It was actually so bad that in 2011 Square Enix decided to roll up its sleeves and invest a huge quantity of money and people to completely overhaul the game. They also decided to not ask for the subscription from the players who bought it until they considered the game being worth the monthly price. However it was already clear at that time that the quantity of work needed to fix and correct every aspect of the game was too much, so in the end they decided to shut it down in 2012 and develop almost from scratch a whole new "2.0" version to be launched in 2013 under the name of FFXIV: A Realm Reborn. 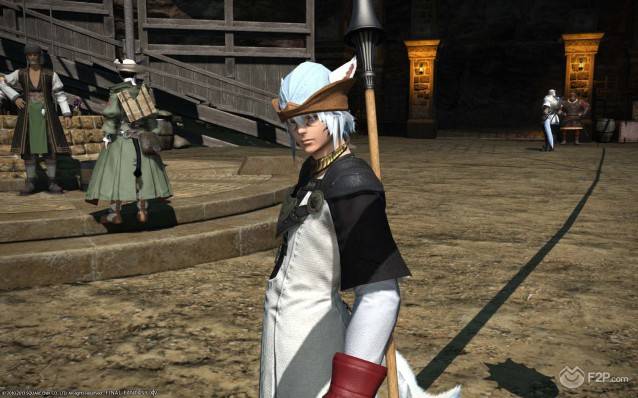 Despite of all the players and Final Fantasy fans who had been heavily let down by the failure of the disappointing first version, Square Enix still felt confident enough to make the brave decision of launching the game as pay-to-play with the classic monthly subscription model. Even if the game was without doubt extremely hyped and awaited by a good number of players, could this be considered a smart move? Will the game manage to stay alive as p2p? And how are the players reacting now that the game has been officially launched? 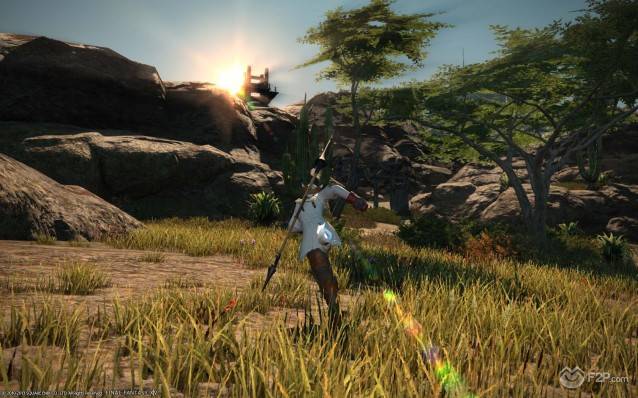 First impressions are always extremely important and even MMORPGs can't defy this simple principle, as the launch day and the following ones can be very hard. A lot of successful games are still carrying around the burden of a disastrous launch (Ask to Blizzard about Diablo III) and some of them paid a lot for that mistake. For FFXIV:ARR, players who preordered a copy received a three day early access pass which let them play the game starting from August 24th. As many players were expecting, Square Enix was not ready to handle the thing, and what happened was a total disaster: log in problems, heavy lag, queues, issues with some features and mechanics, etc. The dev team promptly apologized on the official forum and even if from the 27th - official launch date - things went a lot better and the majority of players were able to play without any problem, Square Enix had to close the creation of new characters on certain worlds and do "character creation time shifts" for the most crowded worlds. This limitation, which is still in play right now, has been a big let down for a lot of players who wanted to play with their friends on a specific server without being forced to constantly check whether their server is open to new characters creation or not. To fix this situation, Square Enix is opening 6 days of free characters transfer starting on October 15th until October 21st. 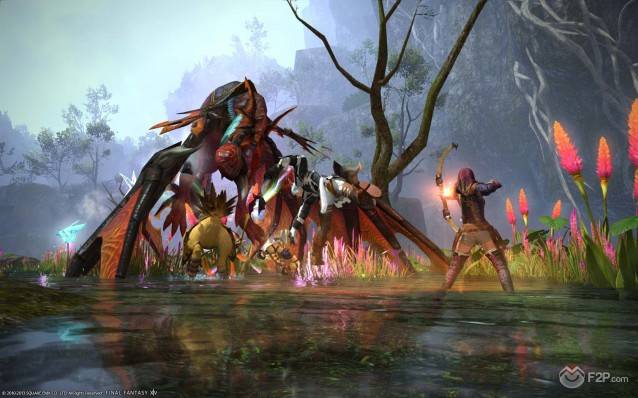 So the launch date passed and the game is now completely playable without problems. However, during the past years we've seen a lot of super-hyped AAA MMORPGs with a high production value and a big name behind them which have been successfully launched as pay-to-play, only to have to surrender to the free-to-play or buy-to-play model shortly after. Think about Tera, The Secret World, or even SWTOR, which was seen by many as the "New King". With the wide offer of competitive and extremely good free-to-play games out there right now to launch as p2p is a tough bet, and staying alive in the business is even harder. 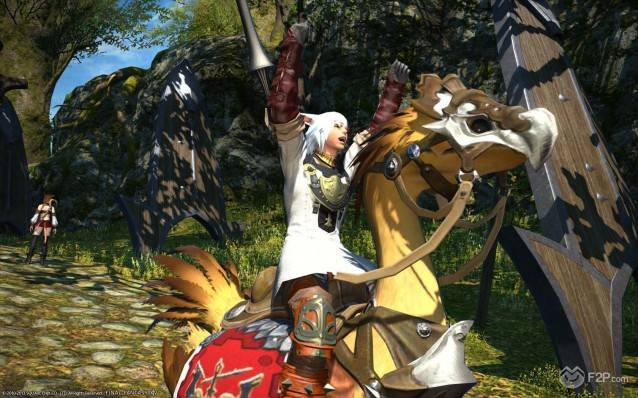 So why did Square Enix choose the risky p2p route instead of the easier f2p or b2p one? Well, besides the obvious desire for income, in our opinion there are a couple of more interesting reasons as well. First of all, even if they know that they are not going to offer anything really innovative, they also know that what they are offering is a top notch classic themepark MMORPG experience which features the most appreciated elements from the mainstream MMORPGs, and that every element is extremely solid; the graphics, just to name something, are probably the best we've ever seen in an MMORPG. Long story short: they are not trying to give you anything new, they are trying to give you the best of your favourite meal. Another reason is without doubt the Final Fantasy factor. 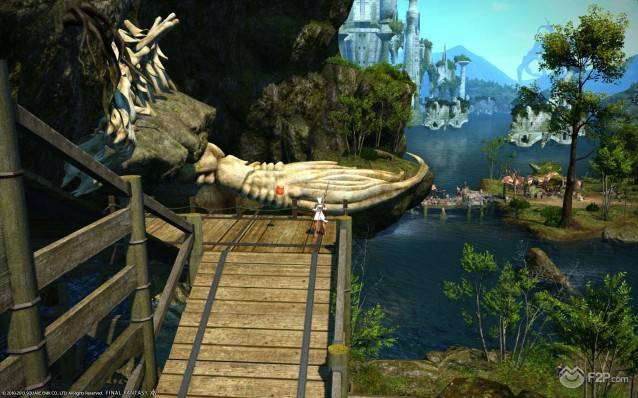 A lot of criticisms about the previous version of game concerned the lack of the atmosphere and elements which made the offline chapters so great. Square Enix worked hard to fix this big flaw of the game, and now we have to admit that you can actually breath Final Fantasy everywhere, and it's not just one thing, it's the perfect blend of artistic style, environments, characters, stories, popular creatures and - mainly - the beautiful music and sounds. Seriously, if you are a Final Fantasy fan like us, you will probably be hit by a nostalgia attack the first time you mount on a chocobo and hear the Chocobo Theme playing for the whole ride. And the rest of the tracks - new or coming from the offline games - are just amazing, and manage to create an atmosphere which is both fresh new and warmly familiar at the same time. That's why we think that a lot of players will stay and play even with the p2p model; because this is something truly unique that can't be found anywhere else that only a Final Fantasy game can offer.

However, not all that glitters is gold, and a lot of players, after some time spent in the game, are starting to complain about the lacking content and quests which seems to start around level 30-ish and force you to repeatedly grind the same FATEs and levequests (repeatable quests) over and over in order to level up. This seems to get even worse when you are leveling a second class, and FATES, levequests and dungeons are the only way to gain XP. So, as expected, a lot of users are going to unsub after the free month included in the purchase; of course this active users drop happens with every new MMORPG after the first month, but what is Square Enix going to do if the hemorrhage won't stop? Well, if you take a look at FFXI, you can see that even if the game doesn't make big numbers and its new little brother is already around, it's still alive and running a p2p business model, so we think that Square Enix will stick with the p2p model for FFXIV:ARR as well. However, if things should go so bad to make Square Enix change its mind, we would more likely bet on a B2P model with a light cash-shop - GW2 style - than on a F2P model with an intrusive shop. 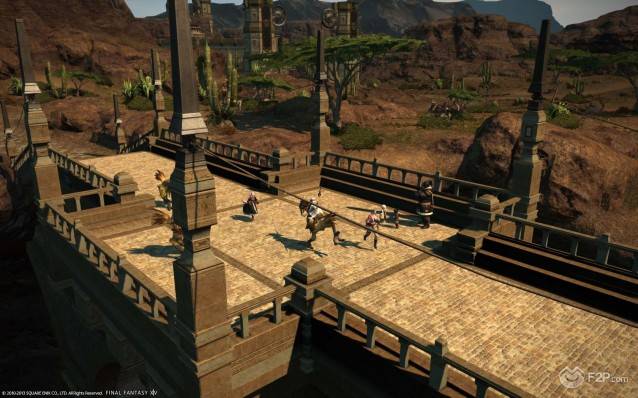 We wish all the best for FFXIV:ARR, and we really hope that with time, with Yoshida at the lead, it will manage to redeem the bad reputation of the horrible first version in the eyes of the players. Even after the launch, the developers are working hard to keep up with the high expectations of their fans and the next month they are going to release a huge content update which will introduce player housing and a first form of PvP. If you are a Final Fantasy fan disappointed by the last single-player games and you have ever dreamed to play your favourite saga with your friends, you should give FFXIV:ARR a shot, as it manage to perfectly infuse a true old-school FF atmosphere in a real MMORPG.