Age of Wulin unveils some detail about its PvP

Gala Network Europe, publisher of the promising MMORPG Age of Wulin, just unveiled some interesting details about the game's PvP system. The PvP, as the Dev-team says, will be an important and deep part of the game, and will not just be limited to some duels or arena fights, but will be part of a greater social network that will include achievements and rewards. 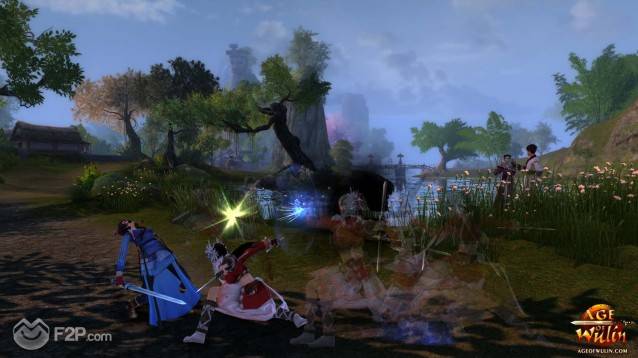 First of all, the PvP will be available anytime, everywhere, with the only exception being the new character that still have not finished the tutorial and haven't join a sect. Through the PvP players can unlock reward and achievement which will be visible on the game's internal social network. This will also allow the players to put a bounty on another player's head.

Attacking other players obviously is a crime – but in the open gaming world of the medieval Jianghu of Age of Wulin, there isn’t a police system that works country-wide. Only local authorities can try to hunt down criminals (or players, who signed up for constable duties), and mostly, guards and policemen will be found in cities.
Still, players with an extensive crime record might end up in a penitentiary, and will have to spend their prison time online. Bribing wardens, or, in some cases, doing good by raising money for charity might help to get free from jail earlier. 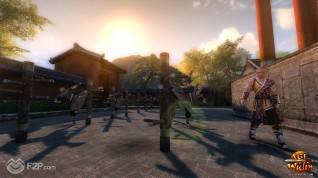 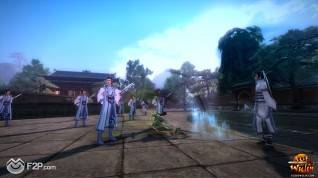 Another interesting part of the PvP system is also group and faction-based warfare: Additionally to the 1,300-player guild-vs-guild PvPs, there’s also the opportunity to see sects, the factions in Age of Wulin, fighting against each other. These battles can turn out to be pretty massively, too, allowing up to 760 players (300 members + 80 supporters per sect) to take part in one conflict.

Age of Wulin will be available in English, French and German in 2013 from the gPotato.eu portal, with the closed beta tests starting in early 2013.