The second installment of our "Imagining MMOs" series is here. Seeing how interesting it was last time to design a hypothetical Harry Potter MMO game, we wanted to play this game again, this time designing and picturing a different online game that would absolutely be a blast. How many Pokemon fans are there among you?

We can only imagine how many hands jumped up and how many excited faces are reading these words right now. Since their first appearance in the first Pokemon game, the little pocket monsters from Nintendo quickly became a real worldwide trend, almost a religion for someone, spanning videogames, anime, comics, trading card games, toys, clothing and more. Right now the franchise is still the second most lucrative videogame franchise in the whole world.

However, to date, with the exception of a bunch of unofficial fanmade browser games, there aren’t real Pokemon MMO games on the market and we don’t know why, as something like that would surely be a gold mine for anyone brave enough to face the challenge and try to make a full featured Pokemon MMO Game. So, how would a Pokemon MMO game be? Let’s try to picture that and to create our very own fictional game.

So, let’s start with the genre. We think that the best choice here hands-down is a classic MMORPG formula. The single player game is already almost perfect for such a structure and we can only imagine how starting as a Mr. Nobody in a remote village and explore a whole world full of other Pokemon trainers like you would be. You could start your adventure by creating your character and choosing a “starter” among the most popular and loved basic pokemons and then begin your adventure through a classic themepark-style quest based system, helping villagers and people with your pokemons and joining other players from all over the world during your trip to explore the harder world locations, where the strongest and rarest pokemon can be found. Otherwise you could challenge the other players to duels – maybe with the option to bet currency and pokemons to spice things up? – to test yourself and show to everyone that you are the best pokemon trainer. 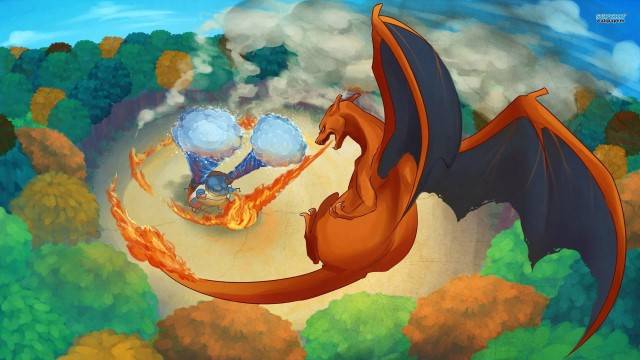 As already seen in the single player games, each pokemon would have its very own set of moves that can be gradually unlocked by leveling it up or artificially modified through the use of the tecnique items; moreover, each pokemon can only have a limited number of skills loaded at the same time, and its stats could also be tweaked with training and items, so two examples of the same pokemon, owned by two different players, could end up being different like day and night. Without armor or weapons, maybe you could find items like tonics or bracelets or charms to attach to your pokemons in order to improve their stats or skills. You could also buy and find cosmetic items such as t-shirts, hoodies, pants and accessory to make your character truly unique.

The core of the PvE section of the game would be the challenge to find and capture the rarest and strongest pokemon, with the endgame focused around the hunt of the legendary pokemons. The fun thing is that you would also be able to trade your pokemons with other players, and in order to highlight this aspect of the game, we would not allow to buy and sell pokemons for currency, only items (through direct trade and auction house), allowing players to trade pokemons only for other pokemons. In our opinion this would add to the game the “collection” flavour, giving it a trading card game feeling and incouraging players to personally interact with each others. Certain Pokemons, unlockable later on in the game, could also be used as a mount with the right skill (more or less hard to obtain), starting with simple ground mounts, (such as Rapidash maybe?) to swimming mounts and then the most difficult to obtain, the flying mounts; C’mon, just imagine yourself fliying on your Charizard’s back and waving at the jelous players that are drooling while looking at you from the ground. Priceless. 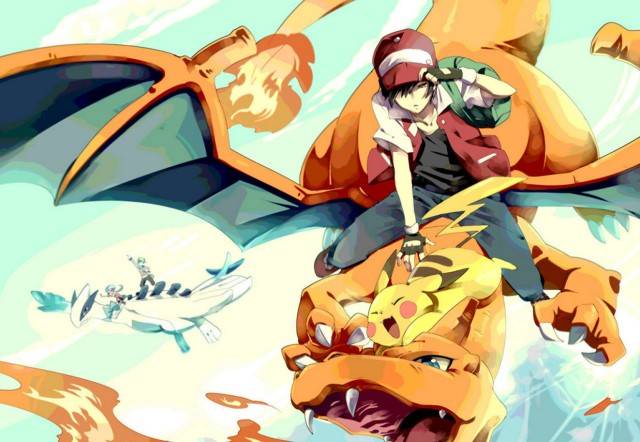 Another important aspect of the single player games are, of course, tournaments and gyms. And how cool it would be to participate in periodic tournaments agains real players, maybe sponsored and streamed as a full featured e-sport and to become famous all over the world? Talking about the gyms, they could work as the factions already seen in almost every MMORPG out there. Players would be able to join a gym and wear their badge, and every time they earn XP while wearing the badge, a % of those XP is also added to their gym reputation. Players would so be able to keep high their gym name, fighting members of rival gyms and earning more reputation to unlock unique gym items, pokemons, skills and more. Moreover, the player with the highest reputation among the gym members could become the gym leader or the deputy, and an NPC version of his character could be automatically placed into the gym HQ to greet players and offer them different services.

Speaking about graphics, we know that a lot of players would love to keep the old-school simple graphic style with isometric view but in our opinion you would also have to attract the widest audience possible and, beside that, being this an “imagination game”, it means that we have no limits of money or technology, so we would go with a stunning fully 3D world with amazing animation and an anime style art-direction with highly detailed cell-graphic graphics. Compared to the single player title, in our MMO game the wild pokemon would be visible like the classic mobs in modern MMORPG, wandering around in the game world, crawling into the grass, swimming into lakes and rivers, climbing the trees, etc.

Regarding the combat system, we would stick with the turn based combat style already seen into the classic Pokemon games, wich seems to work just fine, of course with dramatic changes of camera views, a lot more action and amazing animations. 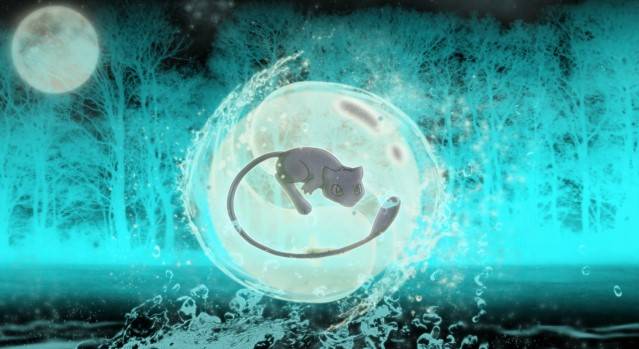 The crafting would be important as well, as players would be able to craft the always useful potions, tecnique teaching items, different kind of pokeballs, vehicles like rollerblades, bikes, clothes and trade them with other players.

The fun thing about a game like this is that it could be easily expanded regularly with new zones and new pokemons and players would be happy, maybe adding mini games such as pokemon breeding, new pokemon races, etc.

Amazing, right? We think it would be absolutely awesome to play a game like this, and we would likely lose many nights of sleep trying to “catch ‘em all” and dueling against other players. So what do you think about it? And how would your ideal Pokemon MMO game be? Let us know your thoughts and idea with a comment!