Have you ever thought about an hypotetical Harry Potter MMO? If you could design, right now, a full featured online game set into the extremely popular franchise created by J.K. Rowling, how would it be? We bet that a lot of you have already played with your imagination more than once, picturing you and your friends playing together in a virtual Hogwarts, playing Quiddich and challenging the other Houses together. Today we want you to join with us while try something out, just for fun, but with a more methodic way, trying to figure out how a real Harry Potter online game could be. 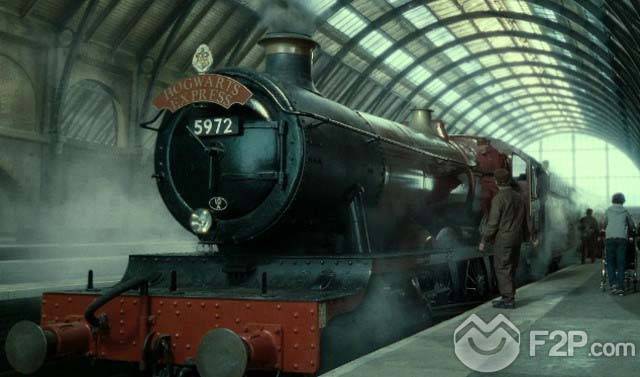 The first thing we have to keep in mind is our target. If we want to create a successful game we have to aim to the average fan of the saga and make the game appealing to any MMO player as well, and being the books and the movie aimed to both kids and adults, we have to create a family friendly game, which isn't too childish, but neither too dark or gritty and violent.

About platform and style let's say we are developing it on PC, because we want the best graphics available, almost no technical restrictions, and the comfort of mouse and keyboard controls. We also want fully powered 3D graphics with an art style which is a balanced mix between a realistic approach and a more colorful and comic-like style; maybe we could take inspiration from the many beautiful cover arts of the books.

Speaking about the game style, it would be better to avoid the usual and over-used MMORPG classic formula, and create something different based on the key features from the books: socialization and competition. So let's imagine this: The game is set after the events narrated in the books/movies, you have a huge, beautiful virtual version of Hogwarts, completely explorable, with challenges, mini games and activities awaiting you here and there. When you jump into the game, you are taken to the character creation screen, where you can customize your character’ physical appearance, clothes, etc. Next is the House choice, this can be done manually for the users who are already familiar with the franchise and already know where they want to be put in, or through a series of questions which will simulate the Sorting Hat's reading ability and will find the house that better suits the user who can't decide by themself or if they lack confidence/knowledge with the Harry Potter series.

So we have our character ready, now what? At this point a tutorial should teach to the new players the basics of movement and combat. We were thinking that a very cool system would be a third person shooter style system, with the combination of WASD and mouse to move around and aim, shift to sprint, ctrl to crouch and sneak, you know the drill. Players would begin with a very simple ranged impact-style spell that can be used at will as an attack with the left click, and a defensive version of the same spell bound to the right click, which cast a small protective shield with a short duration and a cooldown. By leveling up players will be able to learn new spells which are not only more powerful, but also useful and fun to use in different ways, such as telekinetic spells to move items like crates around and reach higher places; Wingardium Leviosa to levitate and more, up to the most powerful ones such as Expectum Patronum, available only at the highest level. There should also be a mini introductive tutorial to Quiddich, but we'll cover this later on. 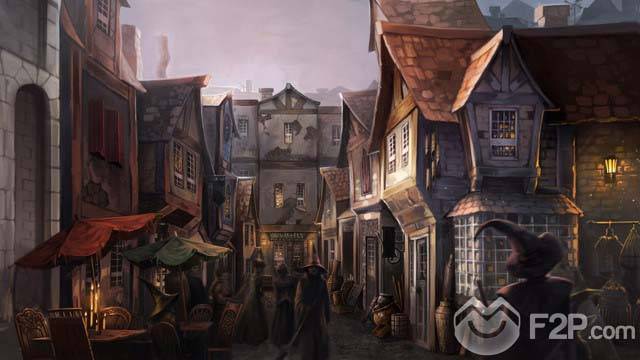 So, speaking about structure and content, we think that the game should have a central social hub for when they are not participating in activities, represented by the school itself. There are famous NPCs scattered around that can give tasks to the players as well as quests and rewards, other than simply access points for the several game modes. Moreover, there are the House quarters, accessible only to players from that House and where users can meet and talk with their House-comrades, use their chest/warehouse, spend House reputation points to buy clothes, brooms, wands and accessories with the color of their House to show everyone the House rank they have reached. On top of that, by completing activities, players will earn XP and currency. They are then able to pay a visit to Diagon Alley to buy new wands, spell books, clothes, etc.

Without a themepark-style quest-based progression, in order to keep players interested then the main activities/game modes need to be plentiful and different to what we’re used to seeing. A bunch of possibilities are:

Sparring Magic Duels: team based House vs House competitions; a matchmaking system puts players of the same level range in fights which are a lighter version of the classic TPS game modes, such as team deathmatch, capture points, etc. with the difference that a player doesn't die, but is knocked out and brought back to the "spawning point". Imagine the higher level fights, with any sort of spell, players moving scenary items around with magic to create barricades and hinder the enemy, ice barriers created to protect your comrades, summoned creatures and more.

Quiddich: House vs House Quiddich mini-game, self explanatory, is a reproduction of the fictional sport made popular by the book. Players can choose their favourite role and the matchmaking will assign them to it when available, otherwise they will be assigned to a random position on the team. There could be actual tournaments and championships with prizes.

Spell Challenges: playable alone vs AI or vs other players. It is a friendly mini-game where players have to quickly reproduce a certain spell that appears on screen, writing with their keyboard the spell's magic words and/or draw with their mouse the movement, showed by an on-screen tracked path, which their characters perform with their wand to launch the spell. The most accurate and fastest player wins.

Instanced Adventures: objective based co-op instanced adventures that see the players face creatures and enemies from the saga: Trolls, Basilisks, Dementors, etc., in huge explorable areas where they have to use all their wits and tactics to exploit their spells and the game physics engine to defeat the monsters and complete their task.

Crafting: players will be able to create their own potions by mixing the ingredients bought from the store or obtained as a reward from various activities, they can try and discover new recipes by themselves by using random ingredients or buy the recipes from stores/NPCs. However, players must be careful, mixing the wrong ingredients could lead to bad surprises... Once a new recipe has been discovered or bought, it is unlocked and appears into the player's alchemy book.

Another cool system we thought about was that the game keeps score of the competitive activities played by the players, assigning points to a certain House for each activity won by its members. There would be a real-time ranking screen that shows the Houses’ positions and scores, so players are encouraged to develop a strong sense of group identity and belonging to their House, also stimulating a nice competitive spirit between the Houses. Each week, or month, all the members of the House in first position would receive a reward in XP, currency and rare ingredients for their efforts. Of course there could also be House rankings for individual players, ranking for the individual activities and more.

As you can see, there are is an infinite number of ideas that we could use; it has been extremely fun to do this kind of creative task and daydream our ideal Harry Potter MMO, but now we'd like to hear your opinion and your thoughts; did you like our ideas? Would you change something, and mainly, how would your ideal game set in the Harry Potter universe be?


2 Comments - "What a Harry Potter MMO Would Be Like"